Amongst several other pieces, Handel’s Coronation Anthems got the Philharmonic treatment in our summer concert, contrasted Stravinsky’s Symphony of Psalms. 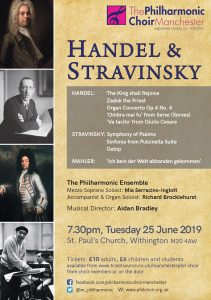 John Rutter’s Gloria anchored our Christmas Concert, with a selection of baroque Christmas music including works by Pearsall, Schutz and Praetorius.

Vaughan Williams’ “Serenade to Music”, and

a selection of Madrigals

Carols and other Christmas music including

And, of course, some carols for audience to join in.

Elgar, The Music Makers, and Purcell.  Ode to Saint Cecilia 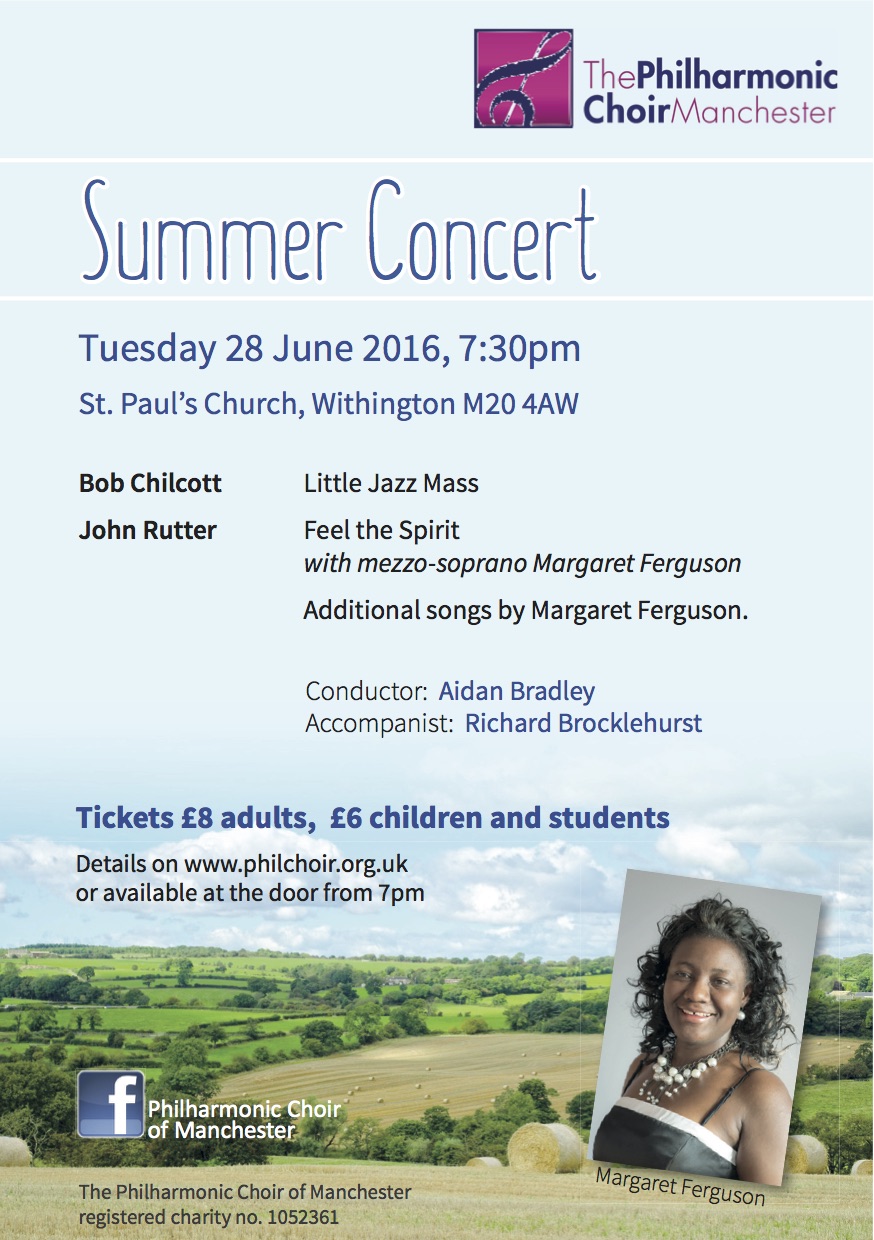 Coffee ,cakes and a selection of the traditional, sacred and contemporary part songs

MUSIC FOR A SUMMER EVENING

A Celebration of British Choral Music for the Diamond Jubilee

Featuring music by Gershwin, Bernstein, Cole Porter, Lauridsen and others

Sing with the Philharmonic Choir

Respighi – Laud to the Nativity

Benedicite! A programme of Carter’s Benedicite for adult and children’s choir and spirituals

A Night at the Opera & Chilcott “The Making of the Drum”

A celebration of Mozart including Solemn Vespers

Sacred and Secular Music for Summer